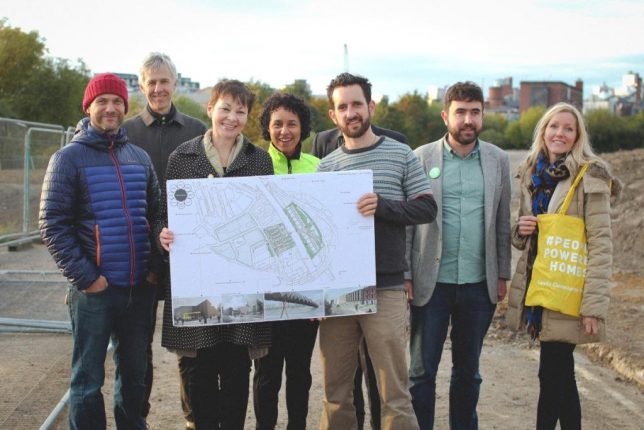 Ed (Carlisle) is our lead candidate for this year. This is his story…

I’m still pretty new to ‘politics’: until early 2015, I’d never been the member of any political party. But I love Leeds, and especially the south and centre of the city where I’ve lived and worked these past 19 years. I felt (and still feel) that we badly need change in our communities. I was fed up of councillors who lived on the far side of the city, were never around, and who took us for granted. So I decided to ‘get political’, and stand in the local council elections that year.

I originally planned to stand at an ‘independent’ (without any party) – because my primary concern is our communities. But I met with the Greens, and was (and still am) really impressed by them: good people, passionate about their communities and wider society, daring to question the status quo, daring to stand up for a fairer greener society, daring to consider different solutions to big issues.

So I joined them, and have stood as their local candidate in the ‘City and Hunslet’ (now renamed ‘Hunslet and Riverside’) council ward each election since 2015. We’ve come a strong 2nd each time, with a growing share of the vote. (Don’t let Labour fool you that you have to vote for them to ‘stop the Tories’: here in Hunslet and Riverside, we – the Greens – are the opposition. Click here for more on wasted votes etc.)

Also, in 2017 and 2019, I was the Green candidate in the General Election – for the parliamentary constituency of Leeds Central.

At a local level (ie for council elections, like the one this year on Thursday 6th May 2021), national policies are of secondary importance. Most importantly, we need local people, passionate about their communities, listening to and working with other residents, and fighting for change.

National policies that especially resonate with me are as follows: real devolution of powers out of Westminster to regions, cities, and communities; electoral reform for a fairer voting system, including votes for 16+ year olds; saving the NHS from crippling cuts, privatisation, and managerial control (the idea being to democratise decision-making amongst a wide range of staff and stakeholders); designing a 21st century tax system that ensures big business pay their fair share, and rebalancing the economy in favour of small/independent business; establishing a £10 Living Wage (just one of many long-held Green Party policies that other parties are now ‘borrowing’); a green industrial revolution to generate 10,000s of jobs; resisting daft vanity projects like the Trident nuclear programme (£110bn) and High Speed Rail 2 / HS2 (£80bn+; the money would be far better spread out across the northern transport systems); renationalising the railways, and regulating the buses more tightly (like the Transport for London model); moving towards a 4-day working week, to create a less work-centred society; enabling schools to prepare children for life not just exams (eg liberating them from the stifling bureaucracy of SATs and Ofsted; there are far better alternatives); blocking the narrow-minded push towards ‘fracking’; and serious action on climate issues like air pollution, and flooding (especially low-tech solutions like countryside reforestation).

And there’s also the Leeds Green Party website, where we have a dedicated city manifesto. Please get in touch anytime to discuss any of this.